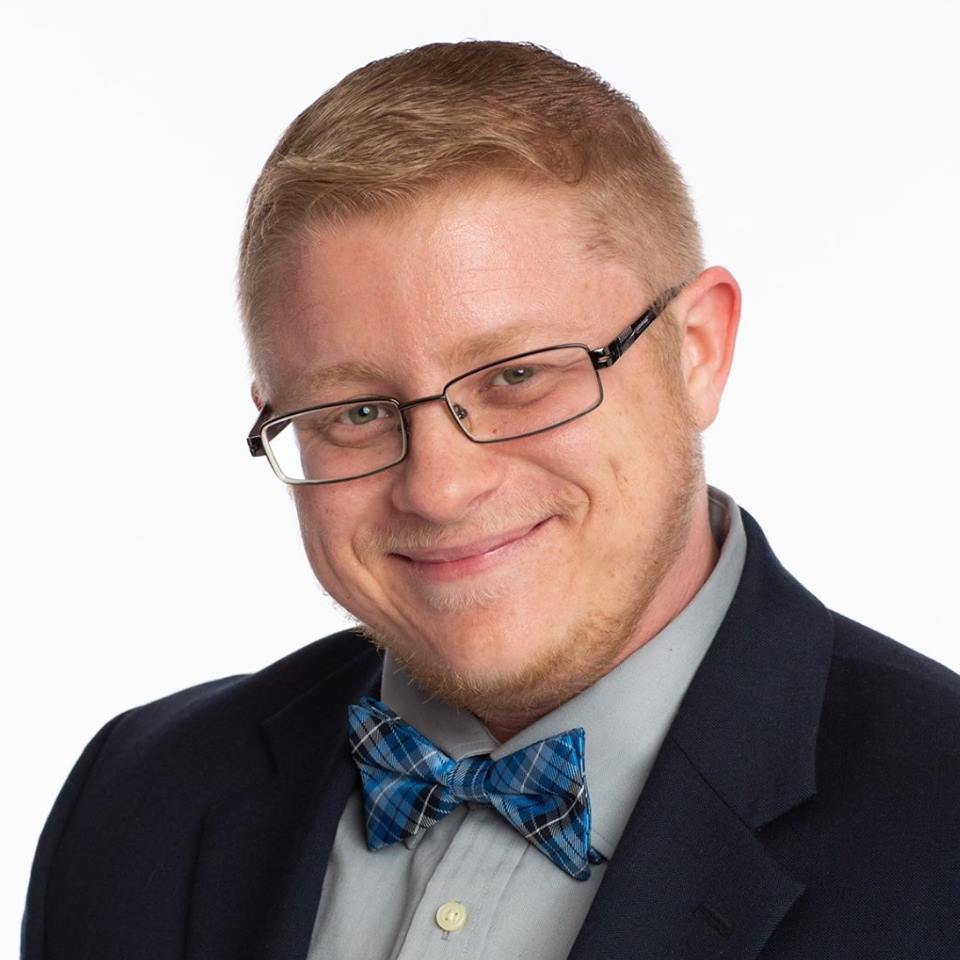 Landon (LJ) Woolston, MSW, is a Miami-born trans, non-binary and queer social worker, youth advocate, visionary, and a highly sought after speaker, facilitator, and trainer. He is a 2015 Point Foundation Scholar and a current Robert Wood Johnson Foundation Culture of Health Leader.  The Culture of Health is an extremely selective national program that supports leaders in generating sector-spanning solutions in health equity, and inﬂuencing institutions through systemic and policy advocacy.

As a social worker with years of field experience, LJ has trained thousands of service providers, clinicians, lawyers, students, executives and employees on a variety of LGBTQ topics, harm reduction, and youth homelessness. He has also provided consulting and technical assistance designed to bolster workplace inclusivity, and to generate (or update) workplace policies, so that they are rooted in best practices and anti-oppression frameworks.
LJ is an accomplished and vulnerable public speaker, who has spoken extensively on his personal experiences as a trans person, the suicide of his trans-identified partner, and his professional experiences in meeting the needs of LGBTQ youth.

As a social worker, LJ managed nearly every aspect of the very first program in Miami-Dade County to provide specialized services and advocacy for queer and trans youth experiencing homelessness. Serving on the project from inception through its five year anniversary, he increased community awareness about issues affecting LGBTQ youth, successfully wrote and managed multiple grants, engaged in a variety of advocacy and policy efforts, and provided direct services and support/social groups for countless young people.

LJ has also spent over a decade in community organizing. He started the first peer-to-peer support space for trans/non-binary people in Miami in 2009, and has led Miami’s grassroots Transgender Day of Remembrance and Resilience (TDORR) for years.  He serves on several advisory boards and is involved in multiple research projects and initiatives relating to trans/non-binary health and wellness.

LJ stands for a world in which all people are liberated, have the resources to thrive, and are seen, affirmed, and celebrated for their unique differences — exactly as they are. 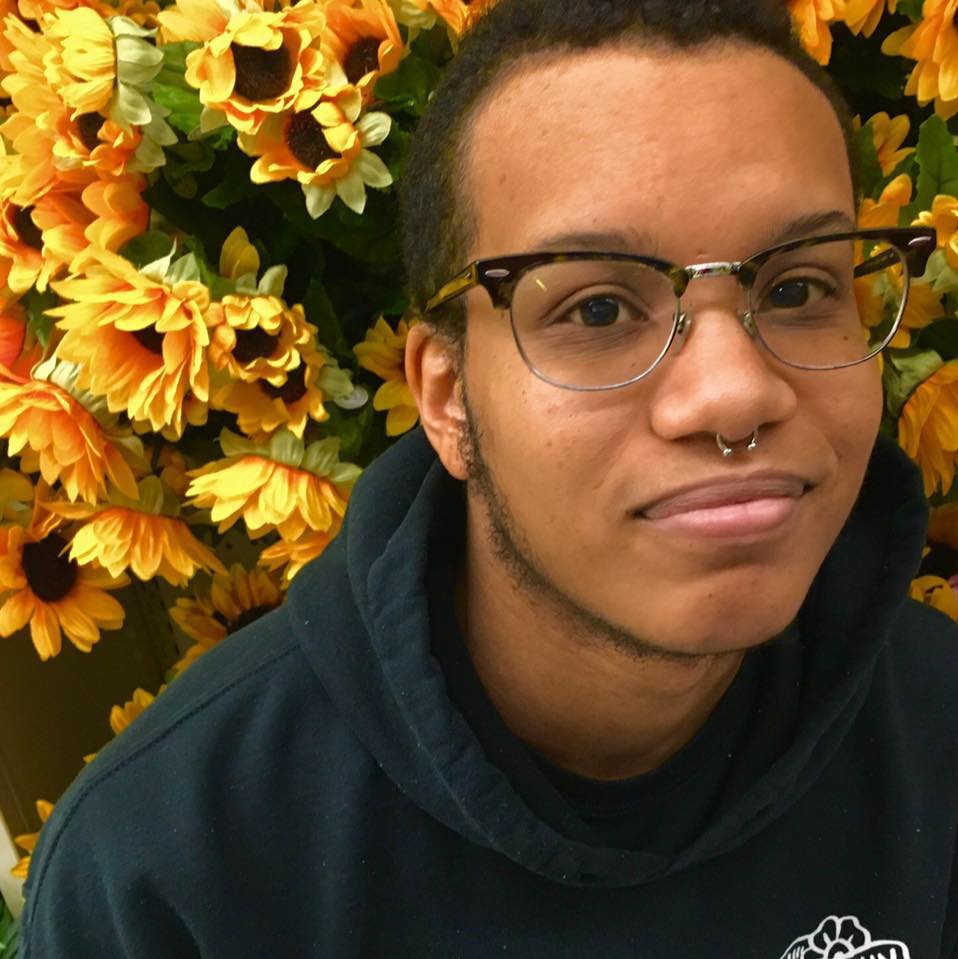 Jack has been involved in South Florida activism for over ten years, since their early teens. Jack’s focus is on queer/ trans liberation, healthy relationships, inclusive and accessible spaces, risk-aware safer sex, and youth empowerment. Jack has become well known for their visibility, nuance, and bold outspokenness around injustice. This year, they were awarded a scholarship from Aqua Foundation, and they became a Point Foundation Community College Scholar.

From 2013-2017, Jack served on the board of The Alliance for GLBTQ Youth, and they have been directly involved with almost every major LGBTQ+ organization in South Florida. They have also led workshops at Aqua Foundation’s TransCon, Pridelines’CampOUT, Miami Dade College, MCCJ’s MetroTown, Miami Workers Center, and LadyFest, just to name a few.

Jack has also put in countless hours of local community organizing and leadership through their involvement with Miami’s Transgender Day of Remembrance (TDOR) event since 2013. In partnership with Barry University’s School of Social Work, Miami’s grassroots trans community has  hosted an annual Transgender Day of Remembrance and Resilience (TDORR) event for seven years, bringing in just over 180 attendees in 2019.

As a speaker at TDORR in 2013, Jack courageously shared their own personal experience coming to terms with their identity as a transgender young person. As a member of the TDORR planning committee from 2015-2019, Jack has assisted with the direct creation of programming, speaker/performer recruitment, and in bringing in youth-centered ideas and energy to the planning process.

Jack also participated in ChangeMakers (a summer program at The Alliance for GLBTQ Youth focused on social justice issues), and then became a facilitator of the program the following summer, when they crafted and implemented an entirely new curriculum for the nine-week program. In addition to leading sessions, they redesigned the program so that it became youth-led and youth organized, and offered paid positions for youth for the first time in program history.

Jack is informed, engaged, and visible around many social justice issues, and they offer not only their whole self to training spaces, but also a vast understanding around the complexities of race, ability, class, gender, and orientation.

To really see people, we must first be willing to listen — truly listen — to their stories.

Vulnerability may be the most powerful tool we have in our toolbox for social change. 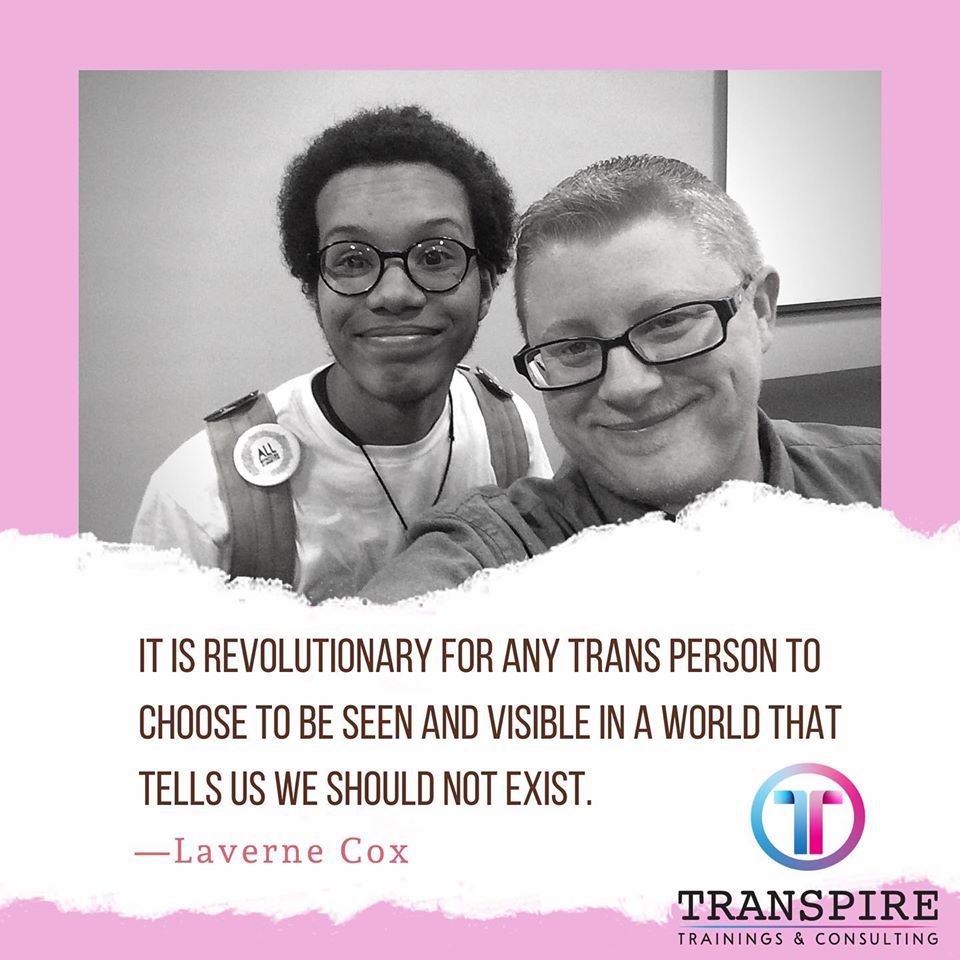 Now you know two of them. Let's keep in touch.

We look forward to supporting your vision for inclusion on your team and/or in your space.

"The 'T' Isn't Silent" is a foundational, two-hour training designed to introduce trans and LGBQ identities to those seeking to be supporters/allies to these communities.

In this two-hour workshop for mental health professionals, we begin by introducing, defining, and discussing core concepts and shared language.

These trainings focus on meeting the unique needs of LGBTQ youth/students, and includes core concepts and establishing of shared language, examining risk and protective factors, and a discussion of both the needs and challenges of LGBTQ students (K-12 or college).
Read More

This dynamic healthcare workshop can be presented at an introductory or advanced level, but is recommended as a two-part training.

Transpire offers various two-hour trainings that address the complexities of gender identity/expression and sexual orientation in the workplace.

Stay in the loop!

Dive straight into the feedback!Login below and you can start commenting using your own user instantly